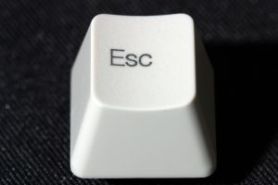 Last night, my 5-year-old J was delighted to find that his older brother R had toys of some Nickelodeon cartoon show… hold on a minute while I rack my brains trying to remember what it was (do you think kids have the same problems trying to remember the titles of the shows we watch? “Hmmm, what’s that one Grammy loves… Oh… Oh… Opera?… Oh yes, Oprah!” 😆 ) AHA! I got it… Kids Next Door. That’s the show, and the toys that J found were the characters from that show.

I have to backtrack a bit and tell you how J is crazy over Ben10. He happens to be his grandma’s favorite playmate (I think it’s partly because he calls her to come over and play with him about a hundred times everyday), and she, bless her heart, does come over to play with him each time he calls. She also brings the newest Ben10 figure in the stores with her each time she comes.

Sometimes, when the toys come one day after another,  dh and I find ourselves having “that little talk” with our son to remind him that he can’t have a “surprise” everyday, because each toy he gets is one toy less for another kid and it would be much more wonderful if other kids would be able to experience the same kind of joy in receiving a toy.  (Here’s a variation of that: But what will Santa give you on Christmas, if you already have everything that’s in his shop?)

Is that so awful? I hope not. I just don’t want my child to grow up loving what can be touched (today toys, tomorrow cars…) more than what is invisible yet of greater value (things like love, faith, hope, duty, word of honor, work…)

I mention this because it helps to understand why he was so happy to discover the old/new toys of his brother. In his exhilaration, he said to me, “Mama, isn’t it soooo great to have brothers?”

He: “Wow, imagine, we can share toys without buying! If I were only one without brothers, I wouldn’t have too many toys to play with.”

Me: “Yup, it IS wonderful to have brothers, isn’t it?”

He: “Yes! There’s A, he’s 15… then there’s R, he’s 11… (and he continues to enumerate all his brothers and their ages, ending with our youngest baby, who’s 1). Then without skipping a beat, he asks:

“Mom, how are babies made?”

Thank goodness I was not sitting on a chair then or I would’ve fallen off (and not very gracefully, too, I suspect!) Get outta here!!! Isn’t 5 years old too young an age for asking me that? What am I supposed to say? 🙄  Go to your pop and ask him! I was tempted to say. But after eternity about 5 seconds, I recovered from the … ahem… mild surprise and said,

God gives them to mom and pop, honey. And then you come into this world. Isn’t that great?

And, joy of joys, he was satisfied with that! He dove right on to the next topic (with me whispering silent prayers of gratitude for the divine help I had in answering both quickly and naturally).

Whew! That was an easy dodge last night. I think I’ll sit a while and bask in the joy of having hurdled this one well enough. One day, when these sons of mine want more detailed answers, I’m going to make pretty darn sure their pop is around. 😉